‘Children of Palestine’ by Jim Boyes is an outstanding and moving addition to the already impressive repertoire of Coope Boyes & Simpson. It pulls no punches in presenting the Palestinian story from the Nakba to the Occupation and the wars against Gaza. This is no soppy folk song calling for peace and harmony. This is an angry cry of injustice and betrayal set to a traditional folk melody and sung with the trio’s trademark robust harmonies.

Read my new interview with Jim Boyes at Writing from the Edge at Patheos. 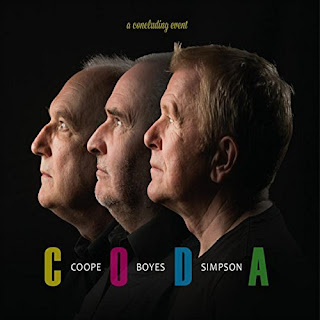 Posted by Robert Cohen at Saturday, October 22, 2016 No comments:

A call for artefacts for the Museum of Modern Jewish Life

Inspired by a visit to the Jewish Museum in Berlin this summer, here's my offering to mark Yom Kippur this year which begins on Tuesday evening 11 October.


Read the full post at Writing from the Edge @Patheos 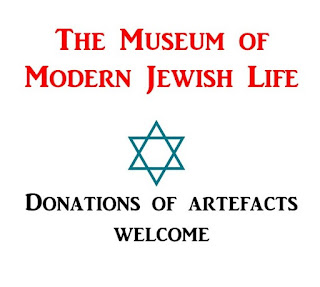 Posted by Robert Cohen at Saturday, October 08, 2016 No comments:

Birth of a Kairos Jew

My new post is up on 'Writing from the Edge' at Patheos.

It's the text of my talk given on Friday 30 September 2016 at Victoria Methodist Church to the Sheffield Kairos group, part of the Kairos Britain movement for church solidarity with Palestine. My thanks to Garth Hewitt, founder of Amos Trust, for inviting me to share the stage with him. Kairos [Pronounced: Kai-ros] is a Greek word meaning ‘the right time’ or ‘the moment of truth’.

The Jewish Kairos moment will begin on the margins of the Jewish community. Often it will be the Jews who don’t express themselves in a religious language at all.

The Jewish Kairos will only come when we see the Zionist understanding of Jewish history and the nationalist solution to Jewish woes as an aberration rather than a continuum of Jewish values.

I look forward to that Kairos moment when a mainstream Rabbi or synagogue congregation make a categorical statement about Settlements and the Occupation being not just ‘an obstacle to peace’ but barriers to humanity and an affront to Judaism.

Then perhaps I can find a synagogue worth joining.

For many Jews, the Jewish Kairos will be a painful moment and require a new construction of the Jewish narrative, one that can incorporate the Palestinian narrative too.

Meanwhile, Palestinians will need to understand our pain and our trauma, as well as their own, if open hearted dialogue is to be possible.

But remember, this is not a conflict of equals. We Jews hold the power. We have the superpower backing. The onus is on us.

In the meantime, Jews who wish to stand in the Jewish tradition of universal justice will find their friends outside of the Jewish community.