A Letter to Anne Frank

To mark Holocaust Memorial Day in the UK, January 27th 2012﻿

"In the long run, the sharpest weapon of all is a kind and gentle spirit." - Anne Frank

What would you make of it all?

What words would you be writing in your diary today, Anne Frank? What would you hope for and dream of?

It was supposed to be the genocide to end all genocides. The final warning of the monumental power of hatred. But then there was Cambodia, Rwanda, Bosnia. And now Darfur. And all that we have learnt is that we will never learn. Each generation must discover that there is no victory over hatred, only reprieves and endless vigilance.

Anne, you have become the representative of the one and a half million Jewish children murdered by Hitler and the Nazis during their war against the Jewish people. We cannot comprehend all of those lost lives but we can treasure yours. As you said once in your diary: "I wish to go on living after my death." That's what I would like for you too. Your faith in humanity and your belief that goodness can triumph in the most harsh of times, is a message we must hold onto tightly.

But what happens when your death, and all of those you have come to represent, becomes abused by your own people and used to justify the blotting out of another people, their identity, their history and their heritage?

What have we done to your memory, Anne, when we choose to label every critic of Israel as anti-Semitic and every Palestinian a modern-day Nazi? What happens to the meaning of your life when we choose to see ourselves as endless victims, endlessly threatened?

The truth is that after 70 years the Jewish people are still suffering from a terrible trauma. It is a trauma that has skewed our collective thinking and our sense of identity. A trauma that has sent our moral compass into spasm. In Israel, and throughout Diaspora Jewry, the Holocaust has been used to explain and justify every aggression, every Palestinian family dispossessed, every piece of land stolen, every house bulldozed, as necessary acts of security to prevent a second Holocaust.

As the Israeli commentator Boaz Evron wrote in 1980:


"Two terrible things happened to the Jewish people in this century: the Holocaust and the lessons learned from it."


We have lifted the Holocaust out of history. We have given it metaphysical significance, claiming it a horror like no other, an evil beyond comparison. To mention any other atrocity in the same breath is treated as a heresy. I hope you would agree, Anne, that this is dangerous nonsense. The scale of the Holocaust is unique and its mechanised methods of murder are yet to be repeated, but the mindset and the suffering were nothing new and have been repeated many times since.

Zionism took the Holocaust as the ultimate vindication of its theory of Jewish history. Jews had no future in Europe, they were outsiders who would never be totally accepted and only a Jewish state of our own could bring us normalcy and safety. But in the 21st century what looks more abnormal and anachronistic than an 'ethno-cratic' Jewish state that by its very nature must favour one group of citizens over another.

With tragic irony, we have created for ourselves an ever more strident nationalism based on beliefs of ethnic, religious and cultural superiority. We have recreated in our ancestral homeland the very factors that caused our persecution in Europe and yet we describe it as a miraculous rebirth.

Anne, there are two women I would like to introduce you to. Both have helped me to understand how we as Jews can think about the Holocaust and how it should inform our lives. 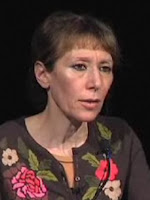 Sara Roy is the daughter of Holocaust survivors and has spent more than 25 years studying the effects of the 40 year Israeli occupation and now economic siege of the Gaza Strip. Her father was one of only two known survivors from the death camp at Chelmno, he also survived Auschwitz and Buchenwald, and gave evidence at the Eichmann trial in Jerusalem in 1961. Her parents' experience profoundly influenced her commitment to study in-depth the on-going disintegration of the society and economy of Gaza. Here she explains why her mother chose not to live in Israel after the war:

"Her decision not live in Israel was based on a belief, learned and reinforced by her experiences during the war, that tolerance, compassion and justice cannot be practised nor extended when one lives only among one's own...[Roy quotes her mother]...'I wanted to live as a Jew in a pluralist society, where my group remained important to me, but where others were important to me too.'"


Sara goes on to say:

"The lessons of the Holocaust were always presented to me as both particular (that is Jewish) and universal. Perhaps most importantly they were presented as indivisible. To divide them would be to diminish them both."

Irena Klepfisz escaped with her mother from the Warsaw ghetto as a small child. Her father was killed soon after the start of the ghetto's Jewish resistance uprising. She grew up to be a poet and feminist in America. Irena believes that the way to pay tribute to those who struggled, resisted and died in the Jewish uprising in Warsaw is to hold on to their vision and their fierce outrage at the destruction of the ordinary life of their people. Here's what Irena says:

"...the hysteria of a mother grieving for the teenager who has been shot; a family stunned in front of a vandalised or demolished home; a family separated, displaced; arbitrary and unjust laws that demand the closing or opening of schools; humiliation of a people whose culture is deemed inferior; a people left homeless without citizenship; a people living under military rule. Because of our experience we recognise these evils as obstacles to peace."

Irena has recognised the cruel trick that the Holocaust has played on Jewish moral sensibility:


"Has Nazism become the sole norm by which Jews judge evil, so that anything that is not its exact duplicate is considered by us morally acceptable?"


These are the Jewish voices of conscience that we must open our hearts to as well as our ears. They are also the voices that are daily drowned out by a noisy arrogance and chauvinism that prefers might to right, Jewish power to Jewish ethics.

Anne, today we need your simple good faith in human nature like never before. We need you to live on after your death just as you wished to.

Do you remember writing these beautiful words?


"How wonderful it is that nobody need wait a single moment before starting to improve the world."

May your bright spirit be remembered.
May your hopes live on through others.
May your learning be our learning.

Yours in search of justice, kindness and humility.

If this letter has touched a chord with your thinking, then please read the work of Professor Marc H. Ellis and sign the petition campaigning to protect his academic post at Baylor University in the United States.