On being a naïve, self-hating, single-issue sympathy tourist (or some notes on the Jewish civil war) 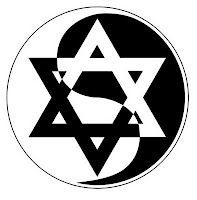 If it wasn’t for people like Norman and his commentary on Jewish affairs, I could close down this blog today.

Here’s a taste of what he’s been saying of late, published on 8 September 2011:

“The Jews who view Israel as the acme of evil are, on the whole, not the brightest beans in the basket. They tend to be single-issue sympathy tourists (Sists) whose naiveté is manipulated by Palestine spinners in the course of a short trip to the most deprived parts of the West Bank.”

“… [Jewish] self-haters blame Israel and world Jewry for the unending misery of millions of Palestinians, oblivious to the peace deals ditched by Palestinian obduracy and the relief efforts made by many Israelis and Jews. Trapped in their tunnel vision, the Sists spout slogans and substitute emotion when logic fails.”

Norman’s spleen was provoked by the boycott activists who disrupted a Proms concert performance by the Israeli Philharmonic last month. But I’m sure he would happily let his ‘Sists’ description apply to Jewish supporters of Palestinian rights in general.

So why was I reading about ‘Sists’ anyway, which I suspect Norman would like to see lanced like some nasty infection on the Jewish communal skin.

A couple of weeks ago, and despite the general trend from my fellow travellers in favour of economic sanctions, I decided to end a personal two-year boycott I have been waging on one of the great bastions of UK Jewish culture: The Jewish Chronicle.

I doubt anybody noticed me either start or finish this act of cultural rebellion – but it meant something to me. And if I hadn’t ended it when I did I would have missed out on discovering my ‘Sist’ status courtesy of Mr. Lebrecht, a regular contributor to the newspaper.

So let me share with you how someone becomes a naïve, self-hating, single-issue sympathy tourist and how this particular ‘Sist’ ended up feeling compelled to start a blog like Micah’s Paradigm Shift.

After subscribing for many years, I finally fell out with the JC over its coverage of Israel’s ‘Operation Cast Lead’ during the winter of 2008-09.

The Israeli ‘incursion’ into the Gaza Strip was my personal tipping point. It marked the end of a long process of study, personal encounters, discussion and reflection about the meaning of the State of Israel to Jews and to Judaism.

As the bombing and artillery barrage went on, every news source I was looking at was reporting Israel’s massively disproportionate response to Hamas rocket attacks into southern Israel. But the JC was staunchly defending the right of Israel to protect itself against ‘unprovoked’ terror in what ever way it saw fit. This was reflected in the newspaper’s news reporting, editorials, readers’ letters and columnists.

The Richard Goldstone report, commissioned by the UN in 2009, later bore out just how brutal and indiscriminate Israel’s operation had been. 1,400 Palestinians had been killed including 300 children, while industry, hospitals, schools and homes had been destroyed. Goldstone’s caveats earlier this year in no way changed the primary findings of his report.

An end to liberal Zionism

The attack on Gaza was the moment when I finally broke ranks with Jewish-Israel solidarity. I ended my subscription to the Jewish Chronicle. But there was another subscription, more profound and more emotional, that I was also ending. My long-standing but increasingly tenuous position as a ‘liberal Zionist’ was finished too.

As a nineteen year old I’d spent several months living in Israel enhancing my Jewish education and hearing the standard Zionist history and interpretation of the Jewish Diaspora. Later, I developed a more critical view of Zionism through reading Israeli authors Amos Oz and David Grossman. As a student in Manchester in 1987 I remember afternoons sitting in the John Rylands library (when I should have been revising) trying to understand the origins of the first Palestinian Intifada through the pages of Foreign Affairs and lengthy commentaries in the New York Review of Books. If only we could deal with those pesky Jewish Settlers on the West Bank and give the Palestinians their own state then everything would be all right. Wouldn’t it?

But by the time Cast Lead came along I had already begun to question the entire Zionist project.

Reading the new generation of Israeli historians, I came to realise that the problem was not 1967 and the start of the occupation but 1948 and the very manner in which the Jewish State had been born and how the Palestinian refugees were created. From there the whole Zionist story began to unravel for me. I had begun to ask whether Zionism and the creation of Israel had been ‘good for the Jews’, or indeed anyone else?

Operation Cast Lead was the moment when all of the new dots in my head began to join up.

Back to the future

At the end of the 19th century the early Zionists had embarked on an adventure to go ‘back to the future’. They believed the anti-Semitism and alienation they suffered in Europe could be resolved through a version of mid-European ‘blood and soil’ nationalism transplanted to the Middle-East. With a deeply affecting and intoxicating mixture of religious tradition, theories of ethnic people-hood and a claimed unbroken genetic link back to the Holy Land, the myth of ‘A Land without a People for a People without a Land’ was born. I could now see what a disaster this project was turning out to be for Jews and Judaism. This is not an opinion widely shared by my fellow Jews! It is of course a much bigger disaster for the Palestinians, and they know this all too well.

In 2008 it felt to me as if too many of us were becoming ethically detached from reality. What I read in the pages of the Jewish Chronicle was not just a blinkered attitude but a blind loyalty to the State of Israel that was sending our traditional Jewish moral compass into a complete spasm. Collectively, we could no longer tell right from wrong, good from bad, justice from injustice. Zionism was destroying the very Jewish values I had been taught both in the UK and in Israel.

As we approached the spring of 2009, I had to finally acknowledge the painful disconnect between the celebration of the Jewish Passover with its story of freedom and liberation and what the creation of the State of Israel had meant for the Palestinian people. If Passover was only about celebrating our survival as God’s favourite tribe then it wasn’t worth the bitter herbs or the salt water. Our celebration of freedom from slavery had to speak to the whole of the Jewish story including all that had happened during the 20th century. It had wrestle with the meaning of the Holocaust and the birth of the State of Israel. But the message of Exodus story has always spoken to the rest of the world too and that world includes the Palestinians. Could we really celebrate a Seder meal without mentioning them?

Creating this blog has been one response to my desire to bring a Jewish but non-Zionist voice to the Israel-Palestine debate in the UK. Starting to buy the Jewish Chronicle again was another. I had to hear the voice of those I disagreed with if I was to write about the subject.

And so I discovered Norman Lebrecht’s article as I turned over the front page of the JC once again.

Have I become a single-issue sympathy tourist? And a naïve, self-hating Jew into the bargain?

The answer has to be a firm ‘yes’, but only if Norman Lebrecht accepts my definition of his terminology.

Single-issue? Certainly. In fact for Jews in the 21st century our relationship with the Palestinians is the single most important issue of our time. How we now deal with it will determine the whole future of Judaism. Are we to aspire to be a ‘light unto the nations’, and a prophetic voice that calls power to account in the name of God and the equality of His creation? Or do we still think of ourselves as just the descendents of a desert tribe who must crave a false sense of security and power through narrow nationalism?

Sympathy? Absolutely! But passive sympathy is nowhere near enough. As Jews we must open our eyes, our ears and most of all our hearts to the Palestinians whose land we have dispossessed them of and whose culture and identity we have tried to deny. Sympathy is just the beginning.

Tourist? Isn’t tourism to Israel a good idea? Don’t we send our teenagers there in droves each summer to immerse them in the Zionist dream in the hope that this will foster their love of Israel and Judaism? What’s wrong with travelling to Israel and the West Bank and taking the time to listen and learn from Palestinians as well as Israelis? Or are we too frightened of what we may hear and how it might affect us?

If it is naïve to want to break free from the Zionist narrative paradigm that denies all challenge, then I must be naïve.

If it is naïve to want to understand the real history of Israel-Palestine, to read some books and hear alternative views, then I must be naïve.

If it is naïve to think that 44 years of Settlement building does not point to a country desperate to make a two state solution work, then I must be naïve.

If it is naïve to think that describing Jerusalem as ‘the eternal undivided capital of the Jewish State does’ does not sound like a nation looking to compromise, then I must be naïve.

And ‘self-hating Jew’? Well, yes, if ‘self’ has become all that we stand for. A hatred of selfishness is no bad thing. But Judaism and the Jewish people have always been better than that. If being Jewish is only about protecting ‘the tribe’ then what’s the point? As Rabbi Hillel said two thousand years ago: “If I am only for myself, what am I?”

In the book of Deuteronomy (16:20) we are commanded: “Justice, justice shall you pursue, that you may live, and inherit the land which the Lord your God gives you.” But did two thousand years without a state not teach us how to become a religion without borders? Hasn't our mission grown beyond such narrow confines? Today, do we not pursue justice in order to bring Tikkun Olam – to make a broken world whole? Or would we rather exploit our heritage to oppress another people for the sake of one narrow strip of land?

There is a civil war raging within the Jewish community. As befits the ‘People of the Book’, it is a civil war of words and it is being fought most passionately online. It is a war over the meaning of Jewish identity, Jewish ethics and the very future of a distinctly Jewish contribution to humanity. The battleground is Zionism and the State of Israel.

So where do we go from here? How do we begin a sensible conversation that gets beyond name calling and recognises the true plurality of Jewish voices and Jewish concerns?

Let me know what you think. All comments on this post gratefully received in the spirit of true dialogue.