Maccabees, Miracles and Zionists...and how to get the balance right. 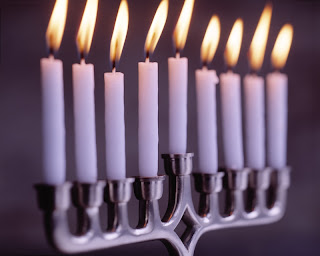 What the early Zionists conveniently forgot when they began to promote the hero-worship of the Maccabees and their Jewish nationalist uprising against the Assyrian Greeks in 169 BCE, was why the rabbis had been so keen to down-play the rebels' story in the first place. Why did second century CE rabbinic Judaism want to ignore the muscular Maccabees and shift our focus to the miracle of the Temple oil instead? Why was lighting candles in menorahs better than recalling battles of old and Jewish warriors clad in armour?

Their reasoning turns out to be just as valid today as it was two thousand years ago and their more cautious approach to the Maccabees and their Hasmonean Priestly/Kingship dynasty is worth reflecting on when we look at the modern State of Israel.

A turning point in history

From a purely historical perspective, there can be no more important a festival than Hanukkah. After all, if Mattathias and his sons had not started their guerrilla uprising against the Assyrian Greek empire then Judaism may have disappeared, reduced to a footnote in the history of the Ancient World. And without the melting pot of competing traditional and renewal responses to first century Temple Judaism, what would have become of the radical preacher from Nazareth, whose birth the world will celebrate in a few days time?

There's no doubt that the Maccabee revolt against imperial Greek culture and religion changed the course of history. No Judaism, no Christianity. No Western Civilisation as we know it.

The down-playing of Hanukkah

But despite its significance as a turning point in history, Hanukkah has, for most of its history, been a very minor Jewish festival. The books recounting the story of the Maccabee revolt were not even included in the official canon of the Hebrew Bible. Ironically, it's only because they were translated into Greek and then adopted into the Christian Apocrypha that the traditional accounts survive.

In the Talmud, the rabbis devote just a few paragraphs to discussing the festival as part of a digression on the lighting of Sabbath candles. They also inserted the story of the miracle of the small cruse of holy Temple oil discovered by the Jewish rebels as they cleansed the Temple after its Greek desecration. Although only enough to last for one day, the oil allows the Holy Temple light to burn for eight days. The symbolic importance of this modest miracle should not be underestimated.

For Zionists, the story of the Maccabee revolt was the perfect foundation for their re-invention of Jewish nationalism and their critique of Diaspora Jews. Here was a story of Jews battling successfully to protect their identity by taking their fate into their own hands. No waiting around for the Messiah to bring their redemption and defeat to their enemies. Through single-minded dedication, the Maccabees were able to restore Jewish independence against overwhelming odds. And rather than the pale, meek, Talmud scholars of Eastern Europe, here were muscular, uninhibited Jews from the Promised Land with the strength to succeed.


"And what glory awaits the selfless fighters for the cause! Therefore I believe that a wondrous breed of Jews will spring up from the earth. The Maccabees will rise again."

It's hardly surprising that the rebels were recruited to Zionism and their story began to grow in significance as part of Hanukkah celebrations.

But there's much more to the story of the Maccabees which should temper our enthusiasm for their model for achieving political salvation.

Having won their victory, the Maccabees established their own dominant priestly and monarchic dynasty with little room for political or religious dissent. They favoured the Temple cult of sacrifices led by the priestly elite of Sadducees who violently opposed the more scripture based learning and study of the Pharisees who were the forerunners of rabbinic Judaism. What's more, they negotiated a series of increasingly one-sided treaties with Rome which shored up the dynasty in the short-term but ultimately led to an exchange of Greek for Roman imperial serfdom.

By the second century CE the rabbis had learnt that the secret of long-term Jewish survival was not might or power or physical territory. Numerous failed attempts to overthrow Roman domination had taught them that desiring power through land in the age of great empires was a dead end and could risk the Jewish people losing everything. Better to buckle down for the long game.

What worked better was to develop a Judaism that was truly portable and applicable everywhere and not just in the Holy Land. Let individual and communal prayer, study and ethical action take the place of Temple sacrifice. The rabbis taught us how to make time and actions holy, rather than space and place. And, they argued, exile from the Land was not the fault of the Romans but caused by our own failure to live by the high standard of social justice and honour of God's creation that had been set for the descendants of Abraham. Return to Zion was indefinitely postponed and atonement through ethical acts and spiritual piety in the world at large was our new mission. This was the rabbinic genius which kept the Jewish people intact and relevant into the modern age. This was also the message the Zionist preferred to relegate in favour of a renewed territorial emphasis as the answer to all Jewish problems.

The rabbis preferred, not the guerrilla uprising, but the modest and homely image of the Hanukkah menorah with its small, fragile, short-burning candles to be our guiding spiritual metaphor. The candles remind us how even the smallest flicker of light can be enough to guide our way. The tiny cruse of holiness, that may appear so insufficient for the spiritual journey, is in truth enough fuel to sustain us. The first century Rabbi Hillel, gave us the good advice to start with one candle on the first night of the festival and build up to lighting all eight only on the last night. In this way we increase rather than diminish the message of holiness and grow the promise and hope for a better world.

The story of the Maccabees certainly has a role to play in the festival too, but not the very literal understanding that early and modern Zionism promotes.

The lesson we should draw from the rebels is the importance of pride in our history and identity. The Maccabees should also remind us that human action is required, just as much as prayer and piety, if the world is to be made whole. As Abraham Joshua Heschel would say, God is in search of man.

The issue today is that the festival of Hanukkah has become unbalanced in its observance. The creative tension between the warrior Maccabees and the rabbis' fragile but eternal flames of hope has been lost. Instead, we have become seduced by the image of the warrior Jew defending the nation state. We find ourselves, in 2008-9, naming military operations to crush the people of Gaza after a line in a children's song about Hanukkah dreidels (Operation 'Cast Lead'). Where has this left us as a people? Are we safer? Have we banished anti-Semitism? Have we normalised the condition of the Jews?

Hanukkah reminds us that our values and our heritage are important to us and worth preserving. It also reminds us that this can only be achieved if we maintain the right balance between Maccabean self-reliance and rabbinical holiness.

As we approach the first night of the festival of lights, I offer the following prayer to add to the traditional liturgy.

Blessed are the flickering lights of the Hanukkah menorah. May they remind us that the world can be made different and better, that differences can be respected and honoured and that the work of humankind should go hand in hand with the work of Creation. Amen.

Post script and Thank you!
As we reach the end of 2011, I'd like to say a big thank you to all of you who have subscribed to this blog since it launched in the summer. Thanks also to Micah's Twitter followers and to Tikkun Daily, Jews for Justice for Palestinians, It's Kosher to Boycott, and Nayler websites for cross-posting and re-publishing the articles.

Until we meet again in 2012...Act justly, love kindness, walk humbly.
Posted by Robert Cohen at Monday, December 12, 2011 No comments: