When will there be a Jewish Kairos moment for Palestine? 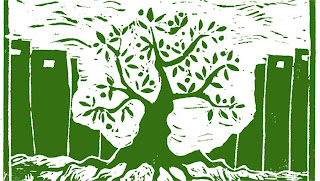 'Kairos Britain' has been published and I believe this could be the game changing intervention that pushes the Israel/Palestine debate into a significant new phase in the United Kingdom.

It also has the potential, as the Kairos Britain authors are well aware, of causing division and argument not only between Christian grass roots communities and the Christian hierarchy, but between local churches and their neighbouring synagogue communities.

The 35 page document is a direct response, from a Christian British perspective, to the 'call from the heart of Palestinian suffering' made by Palestinian Christians in their 2009 Kairos. The word 'Kairos' is Greek and refers to a critical moment in time when urgent action is required. The Palestinian Church denominations that came together unanimously to endorse the 2009 document, firmly rooted their call to the world in faith, hope, love and non-violence. The British Kairos does the same.

In short, carefully researched chapters, Kairos Britain sets out the the condition of the Palestinians in the Occupied Territories, East Jerusalem and the Gaza strip. It summarises Britain's specific involvement in the history of Palestine between 1917 and 1948, examines interfaith issues, sets out a theological position, based on human dignity, and finally makes the case for action.

But what form should that action take?

The writers of Kairos Britain say it is up to individuals and communities to decide exactly how to respond. But they believe we must take seriously those Palestinians and Israelis who call for the boycott of, divestment from, and economic sanctions against everything produced by the Israeli occupation of Palestinian land.

This is the point at which Kairos Britain parts company with moderate, liberal opinion on Israel. The implication of supporting the BDS campaign is that you have no confidence in the long running 'peace process' or the political dynamics that govern its parameters. It means you do not believe the United States can be an 'honest broker' or that Israel is at all serious about allowing the creation of a viable, contiguous, independent Palestinian state. Not until politicians believe that their constituents no longer find the status quo of daily oppression of Palestinians acceptable will things change. BDS aims to builds things up from the grass roots until the political weather begins to change. Remember, Thatcher and Reagan were the last, not the first, to change their minds on South Africa.

Such an approach will set Kairos Britain on a collision course with the current Church leadership in the UK and most certainly with the mainstream Jewish community.

But is that really such a bad thing?

Has the moment come when we put an end to compromising on justice for the sake of ecumenical peace? Is this the moment when interfaith dialogue between Christians and Jews is forced to confront current injustices as well as past iniquities? Within the UK, could we be edging, slowly, towards the tipping-point in the Israel/Palestine debate? Is this the moment of truth when Christians learn of the depth of injustice in the occupied Palestinian territories and recognise that campaigning against it has nothing to do with being anti-Semitic and everything to do with being faithful to the values of Christianity - and for that matter Judaism as well.

At this point, in the spirit of full disclosure, I should declare an interest. I was approached in the spring (along with many others from Christian, Muslim and Jewish traditions) to read and comment on advanced drafts of the Kairos Britain document. I was happy to bring a Jewish sensibility when reading the text and suggested some small revisions that I thought would bring even more emphasis to an understanding of Jewish attitudes to the Land of Israel - historically, religiously and culturally. What was gratifying to discover was that the Kairos Britain writers were already immensely mindful of the likely criticism the document would attract and wanted a final text that fully acknowledged Jewish suffering, Christian responsibility for it, and the central position that Israel has in post Holocaust Jewish identity.

At this year's Greenbelt Festival in Cheltenham (24-27 Aug) I had the opportunity to meet some of the leading figures behind the Kairos Britain initiative at the launch event for the document. I can tell their Christian and Jewish critics (and there are many) that the writers of Kairos Britain are not bleeding heart liberals, nor misguided dupes and they are certainly not anti-Semites. They do care about discrimination, oppression and institutionalised injustice and want to bring peace and security to all those who call the Holy Land their home.

They have learnt their history and their politics and developed a coherent and compassionate theology based on the equality of God's creation. In short, they know their stuff and have chosen to make a stand.

All of this makes me wonder how long it will be before we reach a Jewish Kairos moment for Palestine?

What is abundantly clear is that a Kairos moment will never come from the Jewish establishment. In the last 70 years, Zionism has become the dominant ideology within the Jewish community. Indeed it has become the new Jewish theology as well, which is what allows accusations of anti-Semitism to be made against anyone who calls into question the behaviour of the State of Israel.

A Jewish Kairos moment will begin on the margins of the Jewish community as more and more Jews begin to recognise that our relationship with the Palestinians will define our present and determine our future as much as it will theirs. It will come from Jews who begin to understand that the Occupation of the West Bank, the blockade of Gaza, the ethnic cleansing of East Jerusalem, and the institutional discrimination of Israeli Palestinians is doing untold damage to the Jewish soul and to Judaism itself. The Jewish Kairos moment will come when we rediscover our Hebrew prophetic theology of justice and choose to take it seriously. Isaiah, Jeremiah, Amos and Micah were talking to us...and they still are.

The Jewish Kairos will only come when we see the Zionist understanding of Jewish history and the nationalist solution to Jewish salvation as an aberration rather than a continuum of Jewish values. It will be a painful moment and require a new construction of the Jewish narrative, one that can incorporate the Palestinian narrative too.

Palestinians will need to understand our pain and our trauma, as well as their own, if open hearted dialogue is to be possible. But this is not a conflict of equals. We hold the power. We have the superpower backing. The onus is on us.

I see little sign of a tipping-point being reached on Israel/Palestine anytime soon within the Jewish community. But the seeds are being sown and I like to think that this blog is one of those seeds.

Like minded 'Micah Jews', like those that support the actions of Jews for Justice for Palestinians or follow news feeds from Mondoweiss and +972, and support Jewish Israeli groups like B'Tselem and the Israeli Committee Against House Demolitions, are creating the movement that will eventually shift the ground and shake our diaspora leadership from their belief that the status quo is both moral and sustainable.

I look forward the day when the first synagogue council in Britain passes a motion condemning the Occupation and the expansion of Settlement building. That will be a moment when Judaism begins a 21st century renaissance.

In the meantime, Jews who wish to stand in the Jewish tradition of universal justice will find their friends outside of the Jewish community. Our opportunity to influence events will be through our support of projects such as Kairos Britain. If nothing else, it will demonstrate to local church communities that Jews may be monotheistic but they are not monolithic when it comes to Israel. There is a Jewish diversity of opinion that makes a nonsense of anti-Semitic accusations.

So I would urge my Christian and Jewish readers to look closely at Kairos Britain and the original Palestine Kairos. These are important documents with the power to move people to action.

This week (4 September) sees us welcome in the Jewish New Year of 5774. It is the beginning of a 10-day period of atonement that reaches its liturgical and emotional heights on Yom Kippur. The issues raised in Kairos Britain will certainly be at the forefront of my thoughts and prayers in the coming days.